To get the most from this website, please upgrade your web browser.

We recommend Chrome, Edge, or Safari. 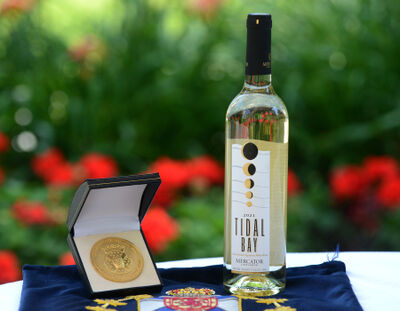 We are delighted to announce that our 2021 Mercator Tidal Bay has been awarded a 2022 Lieutenant Governor's Award for Excellence in Nova Scotia Wine at a ceremony at Government House in Halifax on July 28th.
We are incredibly proud of our Head Winemaker, Gina Haverstock and her Devonian Coast Wineries team for creating a Tidal Bay that has received so many awards this year. Our winery is very honoured to receive such a prestigious accolade and we would like to congratulate our fellow Lieutenant Governor's Award winners Avondale Sky Winery, Domaine de Grand Pré and Lightfoot & Wolfville Vineyards⁠.
The award, established by former Lieutenant-Governor J.J. Grant in 2014, recognizes the exceptional quality of locally sourced and produced wines, and honours the dedication and craft of those in Nova Scotia's wine industry.
“I am proud of the quality of wine produced in Nova Scotia. It has been wonderful to watch the industry grow and contribute to the local economy,” said Lt.-Gov. Arthur J. LeBlanc. “The winemakers outdid themselves this year, demonstrating passion, innovation and pride.”
Through blind tastings an independent panel of 11 experts chose the following wines as the best among the wines submitted:
- 2013 Blanc de Noir Extra Brut, Avondale Sky Winery⁠
- Riesling Sparkling, NV, Domaine de Grand Pré
- 2015 Blanc de Noirs, Lightfoot & Wolfville Vineyards⁠
- 2021 Tidal Bay, Mercator Vineyards⁠
“In total, there were 34 wines submitted by 14 wineries in this year’s competition. A panel of 11 independent wine judges convened for a blind tasting to assess the wines.” Said a spokesperson for the Office of the Lieutenant Governor of Nova Scotia. “As in the previous years, the quality of the submissions from Nova Scotia winemakers was very high, which made the scoring very tight. The judges were most impressed with all submissions and agree that (the winning wines) significantly contribute to the growing reputation of the industry in Nova Scotia.”
The award ceremony included the presentation of a certificate and gold medal to each winning winery.
Photo courtesy of Lieutenant Governor's Office 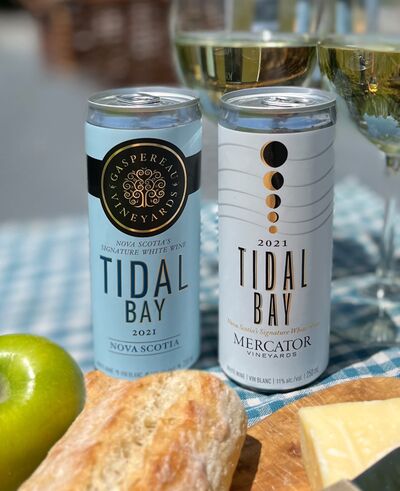 We're pleased to announce that both our 2021 Mercator Tidal Bay and our sister winery's 2021 Gaspereau Tidal Bay have received gold awards in the 2022 International Canned Wine Competition.

Congratulations to our winemaking team lead by Head Winemaker, Gina Haverstock. We are so proud of the Devonian Coast team who has again demonstrated their knowledge and skill in creating two wines that each showcase the Tidal Bay style but also demonstrate the unique terroir of the different vineyards.

Try them both and discover the difference. Mercator’s Tidal Bay is refined and subtle, reflecting the overarching style that Mercator wines encompass. It expresses delicate notes of lemon curd and apple with nuances of spice and minerality. Gaspereau's is an aromatic-driven white with floral notes and tropical fruit along with a minerality and brightness that persists throughout the entire tasting experience. 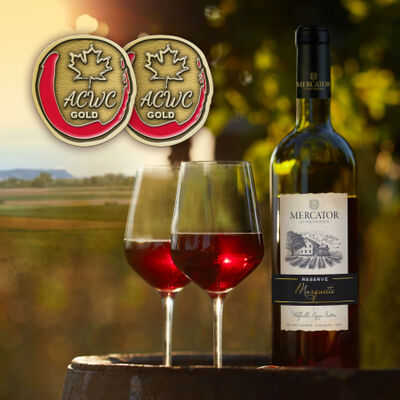 We are thrilled to announce that our Reserve Marquette has been awarded a Double Gold in the 2022 All Canadian Wine Championships.
This Reserve Marquette is made from two vintages in the Appassimento method (dried grapes). 2019 was cool and produced vibrant wines. 2020 was warm and dry and produced concentrated wines. Drying Marquette grapes in both of these vintages produced very different yet successful results, however, the optimal balance and expression of our Reserve Marquette was achieved by blending these two distinctly different vintages together.
Come sample our Reserve Marquette yourself as part of our Forerunner Flight, Mercator Experience Flight and our Chocolate Pairing Flight.
Thank you to our Head Winemaker Gina Haverstock, Becca Griffin and the whole winemaking team. Congratulations to all of our fellow award-winning Canadian wineries. 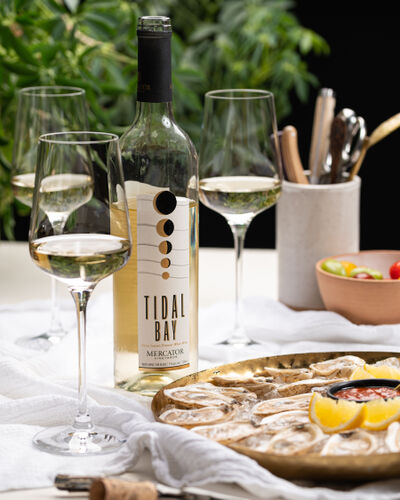 We are thrilled to announce that our 2021 Mercator Tidal Bay has been awarded top honours at several prestigious Canadian wine competitions.
It was awarded both a gold medal at the 2022 Finger Lakes International Wine Competition and silver at 2022 WineAlign National Wine Awards of Canada.
The 2021 Mercator Tidal Bay is a blend of L’Acadie Blanc, Riesling, New York Muscat, Chardonnay, and Petite Milo. Refined and subtle, Mercator’s Tidal Bay reflects the overarching style that Mercator wines encompass, allowing the fruit to convey a sense of the cool climate where it was grown.  Notes of apple, custard, lemon rind and subtle spicy notes are delicately expressed on the nose. There is a unique roundness that presents itself on the palate still remaining refreshing and bright. Notes of apple, custard and lemon curd are also expressed on the mid palate and linger through into the off-dry finish.
Come sample it yourself as part of our Flagship Flight, Forerunner Flight, and our Mercator Experience Flight. Or purchase our Tidal Bay to take home with you ~ in either the 750mL bottle format or 250mL can.
Thank you to our Head Winemaker Gina Haverstock, Becca Griffin and the whole winemaking team. Congratulations to all of our fellow award-winning Canadian wineries. 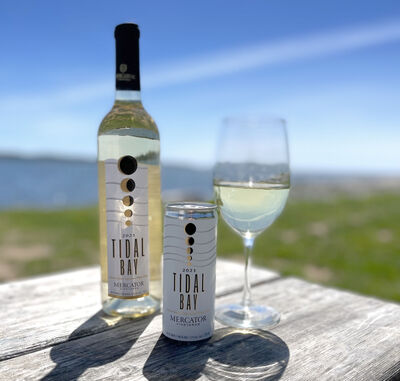 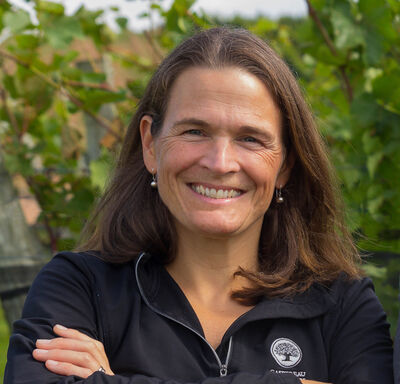 In celebration of our new vintage of Tidal Bay come participate in this in-depth tasting with Head Winemaker, Gina Haverstock.

This flight includes Mercator Vineyards’ 2019, 2020 and 2021 Tidal Bay. Head Winemaker, Gina Haverstock will guide you through a tasting of our Tidal Bays from three remarkably different vintages. Discover how the growing season exerts its influence on the characteristics of Mercator’s signature Tidal Bay style. 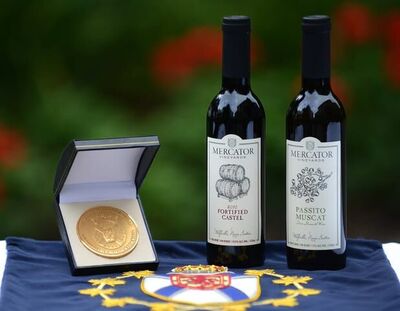 We are thrilled to announce that both Mercator Vineyard's 2010 Fortified Castel and Passito Muscat have been awarded the 2021 Lieutenant Governor's Award for Excellence in Nova Scotia Wine. Both are small lot wines, carefully crafted and rare enough that they are currently available in-store only at Mercator Vineyard's winery boutique.

We couldn’t be more proud of Gina Haverstock, Becca Griffin and the whole winemaking team at our sister winery for receiving 2 gold medals this year. It is truly an honour to receive this prestigious award and we would like to congratulate all the award winners.